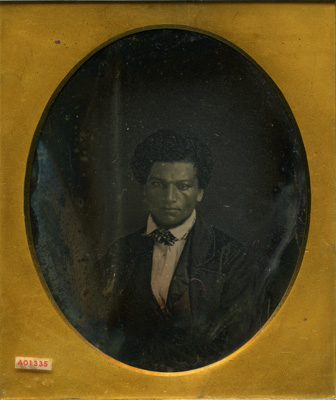 This is the earliest know portrait of the great American orator and abolitionist, Frederick Douglass (1818-1895), taken around 1845, probably shortly after the publication of his autobiography, Narrative of the Life of Frederick Douglass, an American Slave. Douglass devoted his energies to civil and human rights, advocating the abolition of slavery, founding newspapers to support the cause, recruiting African American regiments during the Civil War to fight for the Union, and serving the government after the war as ambassador to Haiti. Douglass believed in photography as medium of persuasion and sat for his portrait often. The next two slides show him later in life. 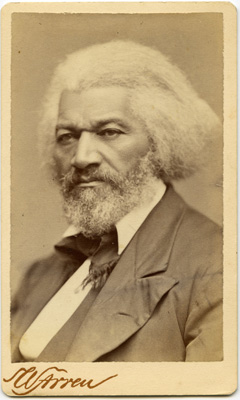 Frederick Douglass sat for this portrait by S. M. Fassett of Chicago around 1870, after the exhausting work he did during the Civil War to support the Union cause and to recruit African American regiments to fight.

Frederick Douglass sat for this portrait by S. M. Fassett of Chicago around 1870, after the exhausting work he did during the Civil War to support the Union cause and to recruit African American regiments to fight. 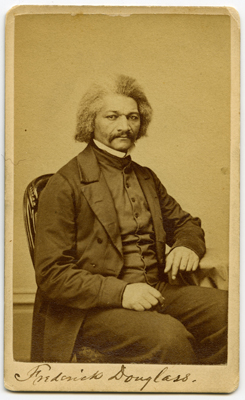 In this photograph from around 1880, Frederick Douglass has chosen the skilled Boston portraitist, George Kendall Warren to take his portrait. 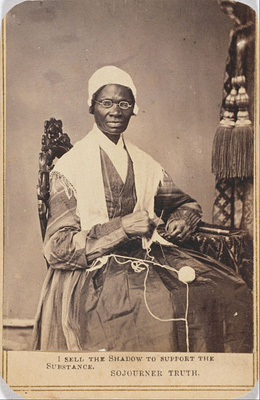 Sojourner Truth (1797-1883) was born Isabella Baumfree in Swartekill, New York, when slavery was still legal in that state. She escaped in 1823, and in 1843 she took the name Sojourner Truth to symbolize her pilgrimage through this world as a witness to God’s truth of liberation for all human beings. A campaigner against slavery and for women’s rights, she delivered her famous “Ain’t I a Woman?”speech in 1851 at the Women’s Rights Convention. Along with Frederick Douglass, she helped recruit African American soldiers during the Civil War. 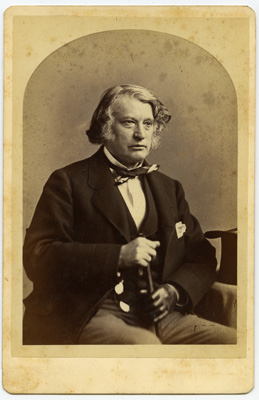 Charles Sumner (1811-1874), portrayed here late in life, was a long-serving “Radical Republican” senator from Massachusetts: a staunch opponent of slavery before the Civil War, he lobbied President Lincoln to recruit Black soldiers and to make the abolition of slavery the prime and explicit aim of the war after it started. During the period of Reconstruction after the war, Sumner fought to ensure equal political and social rights for African Americans, and he also opposed discriminatory legislation against Asian immigration. 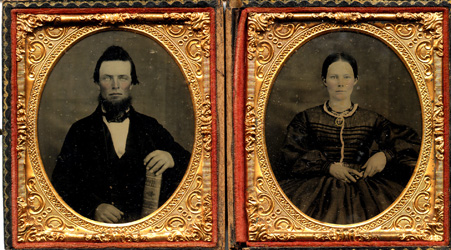 The cause of abolitionism had many adherents beyond the famous names. David James Van Meter of Rock Island, Illinois, poses here in a double portrait with his wife Martha; he holds W. O. Blake’s The History of Slavery and the Slave Trade. Published in 1857, Blake’s History is an exhaustive treatment of the subject, from the ancient world to contemporary political debates, that underlines the horrors of the middle passage in the slave trade to the Americas. David Van Meter displays the title on the spine of the book to announce his moral and political principles.